Mangosteen. The Queen of Fruits. 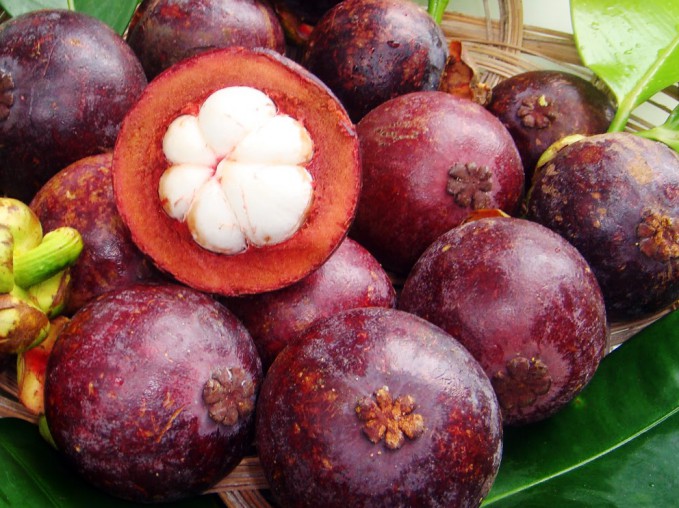 Mangosteen is a tropical fruit grown in the hot, humid climates of SE Asia, namely Southern Thailand, Malaysia and Indonesia. The Mangosteen tree is a tropical evergreen tree which supposedly originates from the Sundra Islands and the Moluccas of Indonesia. It is also not to be missed if you are visiting Khao Lak during the rainy season.

During the rainy season months in Khao Lak, mangosteen is widely available and immensely popular with local residents. Most households have a seemingly endless supply of the exotic fruit. Friends often visit each other bearing bagfuls of Mangosteen as gifts.

Although the fruit is in huge demand in Khao Lak and throughout the Malay Peninsula, it is only in recent years that mangosteen has become more widely available in the north of Thailand and at a reasonable price. 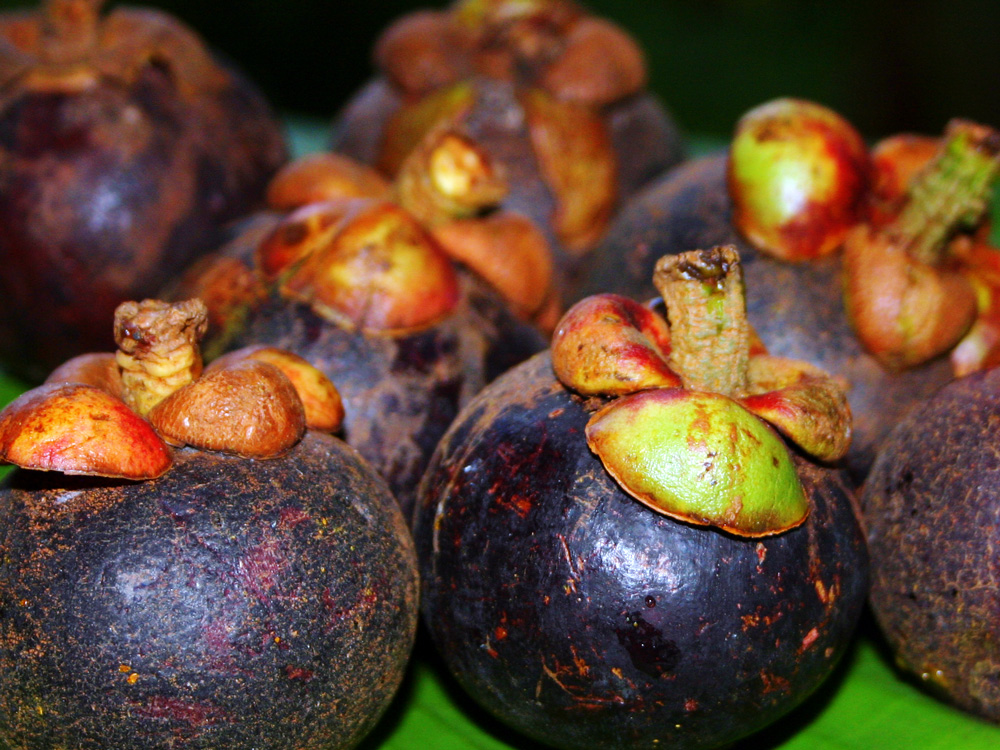 A typical mangosteen ripens when roughly 5cm in diameter, when the outer skin turns to a dark red or purple colour. It is a similar size to a peach. The soft opaque white fruit inside resembles a garlic clove and has a delicious, juicy, sweet and tangy flavour. It is said to have many health promoting qualities too.

In Thai mangosteen is called Mang Khut, written like this มังคุด

Purple Mangosteen is the correct full name for the fruit. The Latin name for the purple mangosteen is Garcinia mangostana, named after Laurent Garcin, an 18th century botanist and naturalist from France.

The mangosteen season runs from April to September, though the best months to eat mangosteen are June, July and August. You eat a mangosteen by pressing the fruit firmly in the middle to break the outer skin. You can then peel or twist it open. The more segments of fruit inside, the fewer seeds it contains.

Mangosteen trees are dioecious. This means there are both male and female trees. Interestingly, to date no male trees have been found anywhere in the world. Yet more mystery surrounds mangosteen with it’s nickname, the Queen of Fruits.

Possibly the most romantic version of why mangosteens are commonly known as queen of fruits dates back to Victorian times in Great Britain. Queen Victoria was said to have offered a 100 pounds sterling reward to anyone who could bring her mangosteen fruit. There is however no documentation or firm proof that this ever happened.

Another theory claims mangosteen got it’s nickname from it’s appearance. Where the top or ‘head’ of the fruit somewhat resembles a crown.

So far the first recorded use of the name Queen of Fruits was by David Fairchild in 1903, using the royal attribute to help describe the fruit he thought very highly of. Most people who have tried mangosteen will agree, it’s delicious taste is worthy of the fruit’s nickname.

Much more about the history of the mangosteen can be found here.

Where to Buy Mangosteen

During the rainy months in Khao Lak and surrounding areas mangosteen is available almost everywhere. All markets and fruit vendors will have ample supplies at very reasonable prices. Along the roadside it is also common to see vendors selling mangosteen directly from the back of pick-up trucks.

If you are visiting Khao Lak be sure to miss this local delicacy but be warned, developing a taste for fresh mangosteen may leave you craving the fruit long after returning home. Fresh mangosteen is not so readily available in most parts of the world.