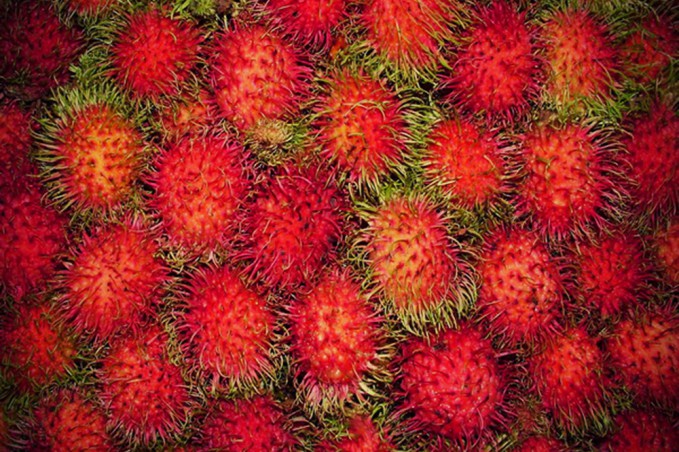 ‘Tis the season for Rambutan, one of the natural and healthy delights of the Southern Thailand rainy season. The ripe clusters of red, spiky ovals bow the branches of a 10 -30 meter high evergreen tree, nephelium lappacaeum. Exotic to those of more northerly climes, this fruit is as common to tropical South-East Asia as is the apple in Europe or the N. America.

Stop your bike or taxi and grab a sack for about 20 Baht per kilogram at one of the numerous impromptu stalls along the roadside where locals peddle their backyard surplus. 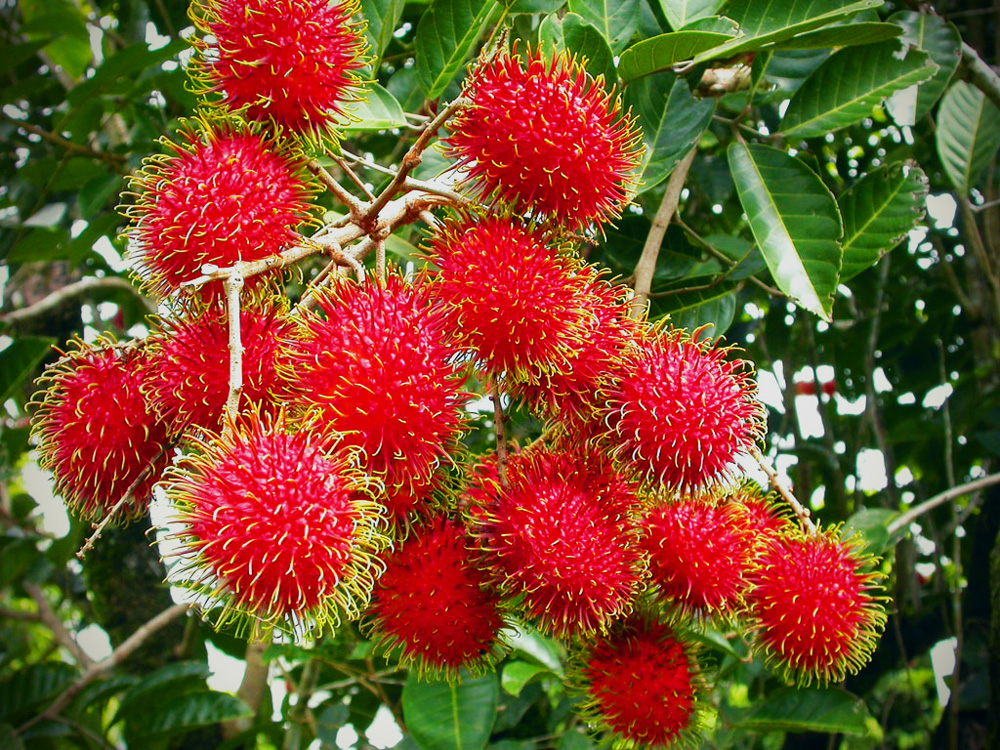 If you have a decent grip and the fruit is ripe, access the succulent inner flesh by twisting with two hands in opposing directions. Or simply slice the leathery skin with a knife to make your twist with greater decorum. Inside, a 3-4 cm. long slippery and pale fruit like a peeled grape is exposed and easily falls away from the red outer rind. 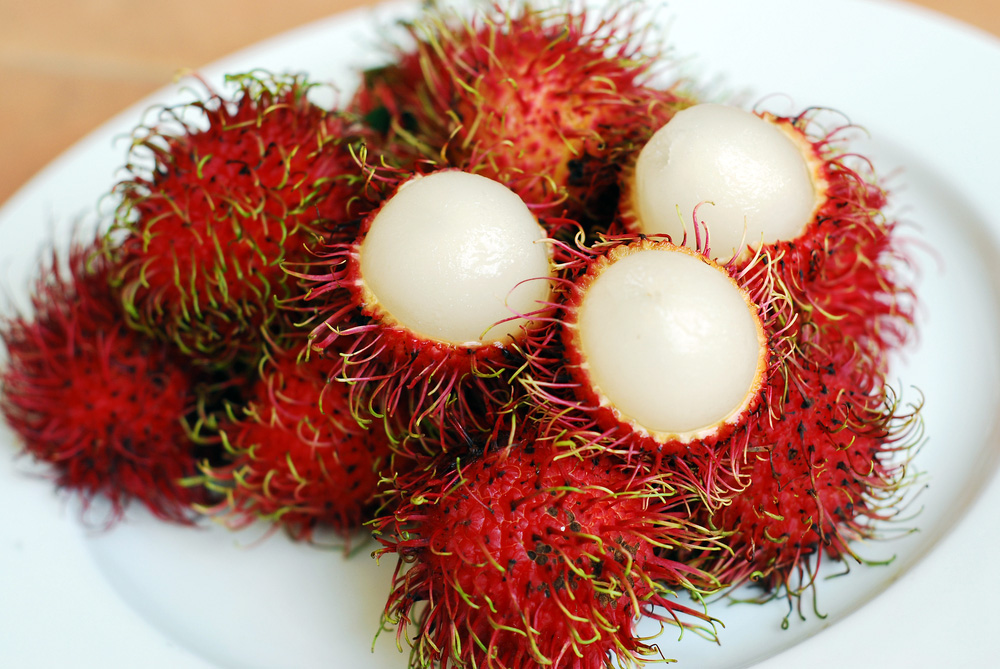 The inside of the Rambutan fruit

Sweet, mild, slightly crisp to rubbery in texture, it has an almond shaped pit that separates easily from the outer flesh. Rambutan tastes somewhat like a grape but has a flavour all its own. You will eat not one, but several and understand why Indonesians also make jams and other preserves with it.

The Origins of the Name Rambutan

In Thai rambutan is called Ngeāa, written like this เงาะ

It is believed rambutan originated in Indonesia and the southern Malay peninsula. Indeed, the name “rambut” is of Malay dialect meaning “hairy” hence rambutan.

Surat Thani Province, right next door to Khao Lak, is Thailand/s biggest producer of the fruit, which prefers the humidity of southern Thailand to the cooler northern provinces. 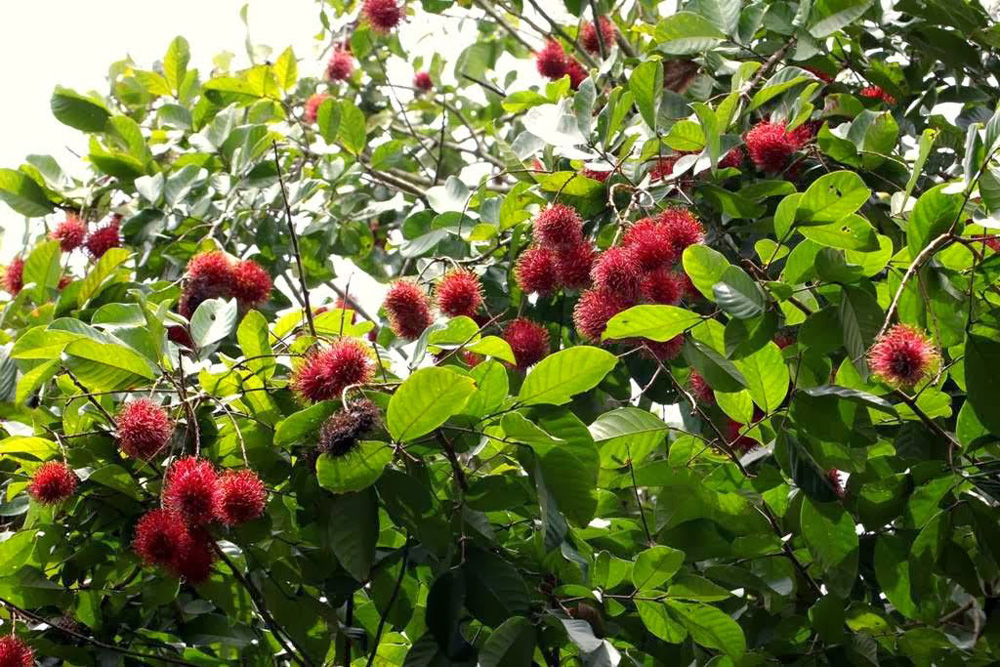 Where to Buy Rambutan

During the rainy months in Khao Lak and surrounding areas rambutan is available almost everywhere. All markets and fruit vendors will have ample supplies at very reasonable prices. Along the roadside it is also common to see vendors selling mangosteen directly from the back of pick-up trucks.