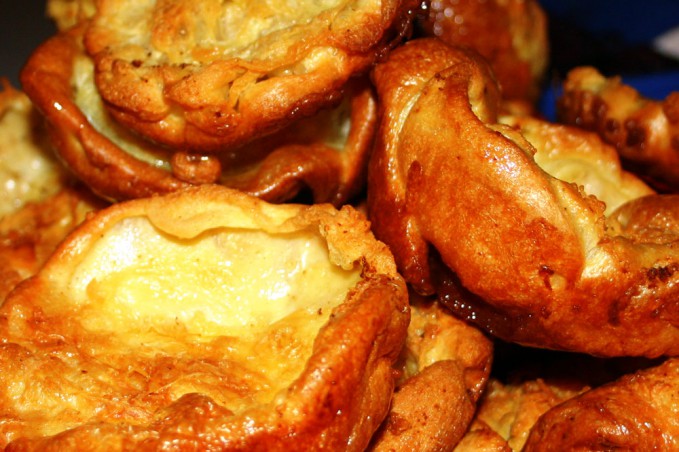 One of the best things about visiting Khao Lak is vast array of delicious Thai cuisine on offer. Traditional Thai dishes from every corner of the country are readily available all over town. Absorbed in the spicy, fragrant, sweet or sour local food you probably won’t be missing home much. But what do you do if you do get a craving for some decent home cooked food?

If you are visiting Khao Lak from Great Britain there’s one day in particular when you might miss something from home. That day is Sunday and the meal you are likely to miss is a traditional Sunday Roast. Well don’t worry Mars Bar and Café is here to the rescue, serving Roasts and a whole host of other hearty classics just like your mother used to make.

About Mars Bar and Café 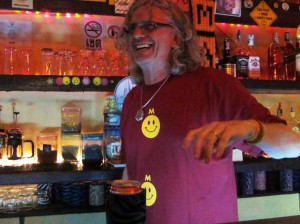 the Man from Mars

Mars is actually the nick name for Marcel, one of Khao Lak’s cheerful and slightly eccentric expats. Being the proprietor of a bar and café suits him down to a tee, he is the life and soul of any party and a warm and welcoming host. His self named bar, Mars Bar has gone through a few different phases over the years. Mars originally started out in March 2007 when he moved to Khao Lak. Back then there was no bar, no café, just his small shop in Song’s Bar in Bang Niang. The shop always had an alternative vibe, it sold a lot of retro 70’s stuff, kaftans, sparkly frilly hippy dresses and skirts, anything bright, colourful, unusual and funky, an eclectic mix of stuff Mars likes and of course items with the legendary smiley on it.

Seven months later and Mars had moved into a proper shop next door to the Emerald Guest House. Clothes from Mars did relatively well as a shop. As a social hang out it did much better. People would browse around the shop and just end up hanging out there, socialising, enjoying a few beers and listening to music. Everyone would say to Mars,

“you should have a bar, it could be called Mars Bar“ 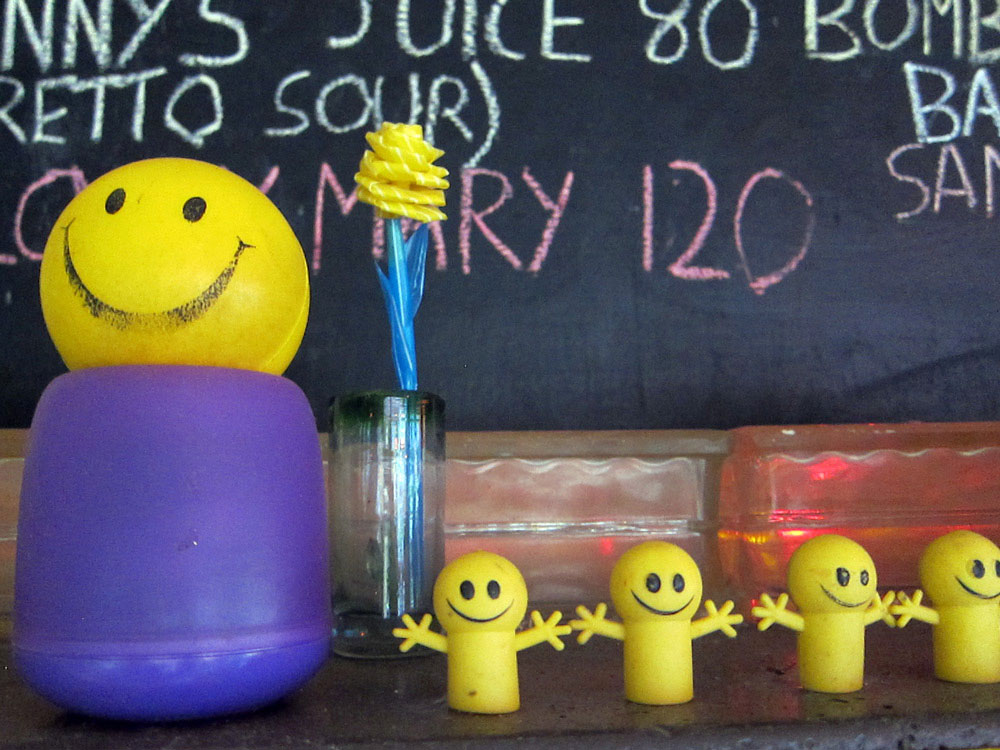 So in August 2010 Mars opened Mars Bar and Café on the main road that runs through Bang Niang, not far from the 7-11 and weekend market. Mars decorated the bar with the unusual items left over from his shop, photos and memorabilia from his past and yellow smileys, in fact loads and loads of yellow smileys faces. The menu was somewhat smaller back then, the café only offered sandwiches and jacket (baked) potatoes. These were the main things Mars missed from home that aren’t readily available in Khao Lak, at least not done the proper English way. 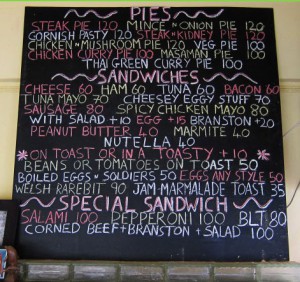 The original menu (with a few additions)

The sandwiches and jacket potatoes were a great hit and Mars, ever the culinary entrepreneur was very attentive to the comments made by his guests. Cheese sandwiches were one of the most popular items, because lets face it, it’s something most English people miss when in Thailand. Eating one of Mars’ cheese sandwiches would conjure up a long list of other foods missed, old English favourites like marmite on toast, fish and chips and bangers and mash. Mars listened and started to expand his menu, always asking for new ideas of what to add and for people’s opinions about different dishes.

Fish and chips was one of the first new items to be added to the menu at Mars Bar and Café, after which the menu just grew and grew, mainly based on suggestions from guests.

This has certainly paid off for Mars, each new menu item is always a success and greeted with enthusiasm from the ever growing group of Mars Bar regulars.

When new items are introduced to the menu it usually involves a few batches of free food for testing by the general public. Mars likes to see people’s reactions and get feedback on his lasted creations. You have to be a little lucky to be there when this happens, in can often be an impromptu event.

You have to try the veggie burgers

Over the years Mar has also expanded the menu adding some other international flavours. Indian curries are a huge hit, as well as falafel, spaghetti Bolognese and pizzas to name a few. Mars also has lots of great food for vegetarians, especially the veggie burgers with smiley face buns.

Key to Success at Mars Bar and Café

Mars has a straight forward and honest rule when it comes to the food he severs in his café. It’s what he considers to be a decent portion and what he would expect to be served for himself. Luckily for us Mars likes decent sized portions. The sandwiches are full from crust to crust, not just a little bit of filling in the middle. A standard portion of potatoes is always 1/4kg. They are fine potatoes too, Mars is always searching for the best quality ingredients. 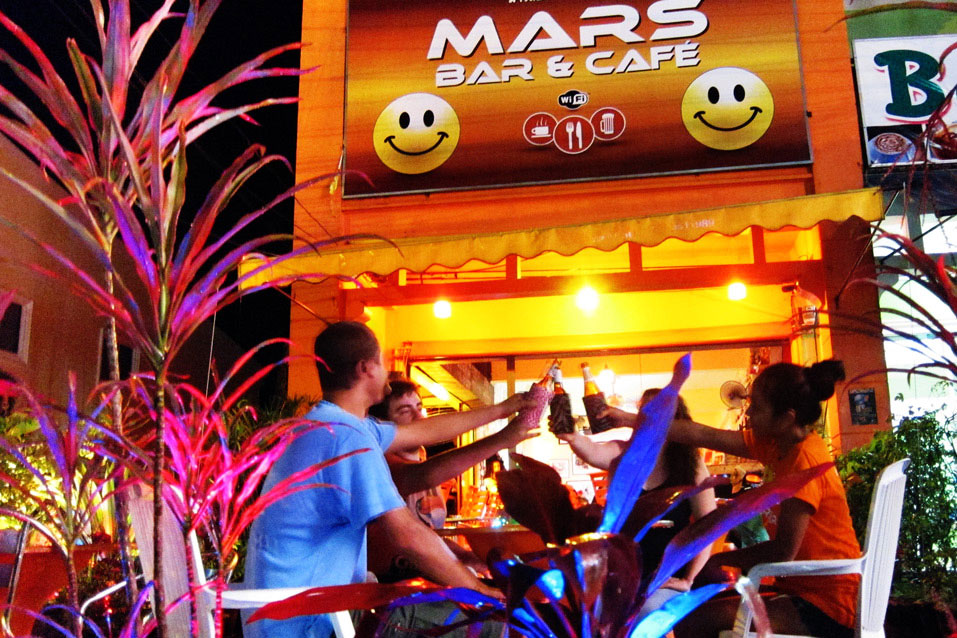 Mars has a very traditional approach when it comes to Sunday Roasts. He wants it to be just like home, eating food just like his mum used to cook. In keeping with this homely approach, everyone sits around one large table. There are serving trays and pots brimming with delicious home made food. Needless to say, many people comment that it is just like having Sunday dinner back home. 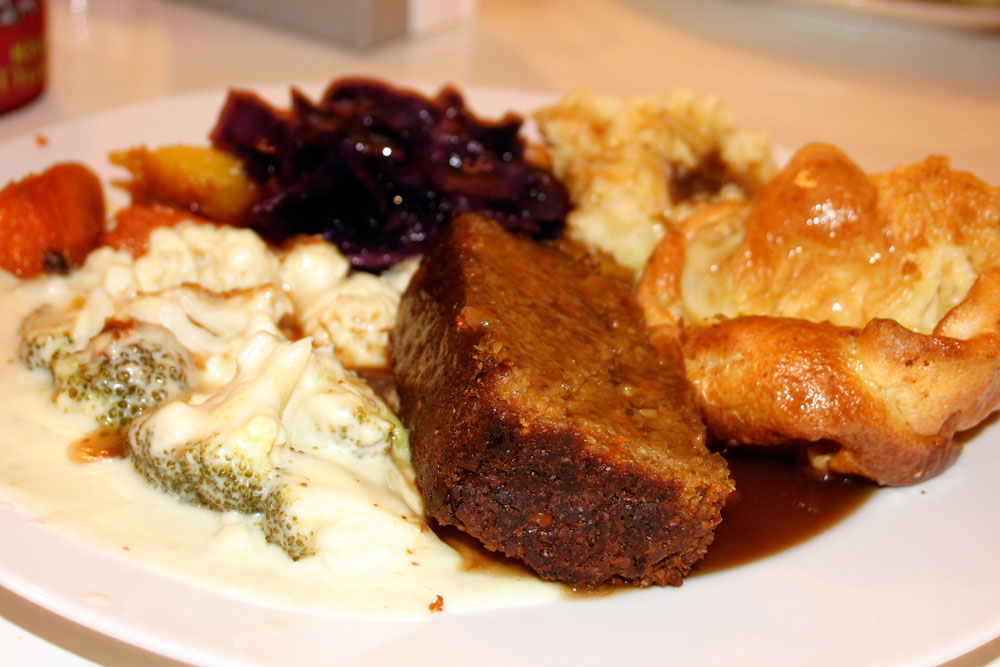 The Roast Dinner alternates every week between beef, pork, chicken and nut roast, the latter being one of the most popular. 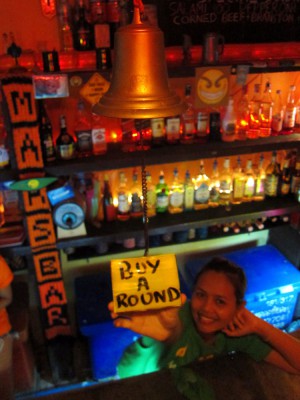 Ring my bell and buy a round

Roast dinner is served every Sunday at Mars Bar and Café at 7:00pm and costs only 300 THB (350 THB for beef). That is really excellent value for the amount of food you get. As Mars says,

it’s not about the money, its about making sure you are so full and satisfied you can’t move!

If you would like to join Mars for traditional Sunday lunch you will need to book well in advance, these evening are always fully booked. There are also a whole host of different party nights at Mars Bar and Café, details of which and how to book for Sunday Roast can be found on the bar’s website.

Where is Mars Bar and Café 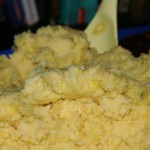 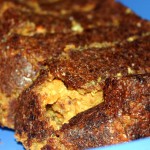 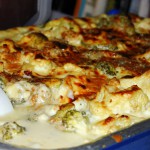 Cauliflower and lots of cheese 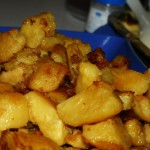 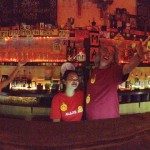 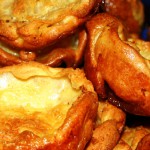