Just a few kilometres north from Khao Lak lies the area’s main village, Khuk Khak. Here you will find Chonticha 2. It is a Mookrata Restuarant, often incorrectly referred to as the Korean Barbeque. It is a barbeque, but a Thai style barbeque. Mookrata literally means pork barbeque. You will also find a huge amount of people eating here. Chonticha 2 is very popular with locals, ex-pats and tourists alike.

So what is the big secret? Well first lets explain what is actually involved when you visit Chonticha 2 and try your own hand at Mookrata. 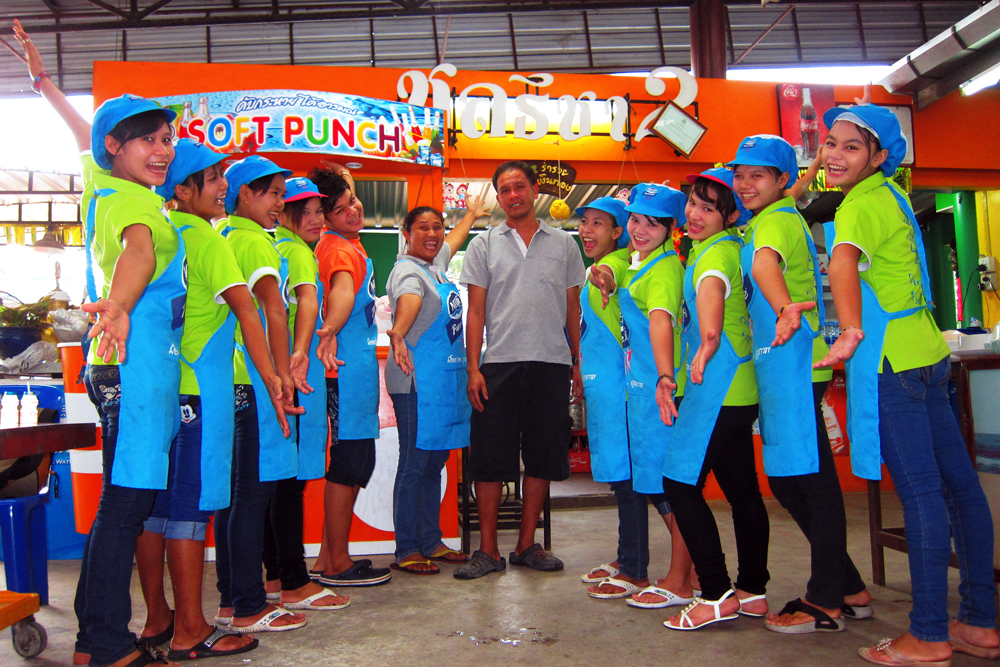 A warm welcome at Chonticha 2 Restaurant

Mookrata is simple and fun way to eat as you do most of it yourself. A pot of charcoal is placed in the centre of the table, on which there is placed a metal tray. The outside has a rim which you fill with soup. The centre of the tray has a raised area for grilling meat and seafood. You can cook noodles and vegetables in the soup whilst grilling your choice of chicken or pork in the middle. The juices of the barbequeing meat trickle down adding extra flavour to the soup. 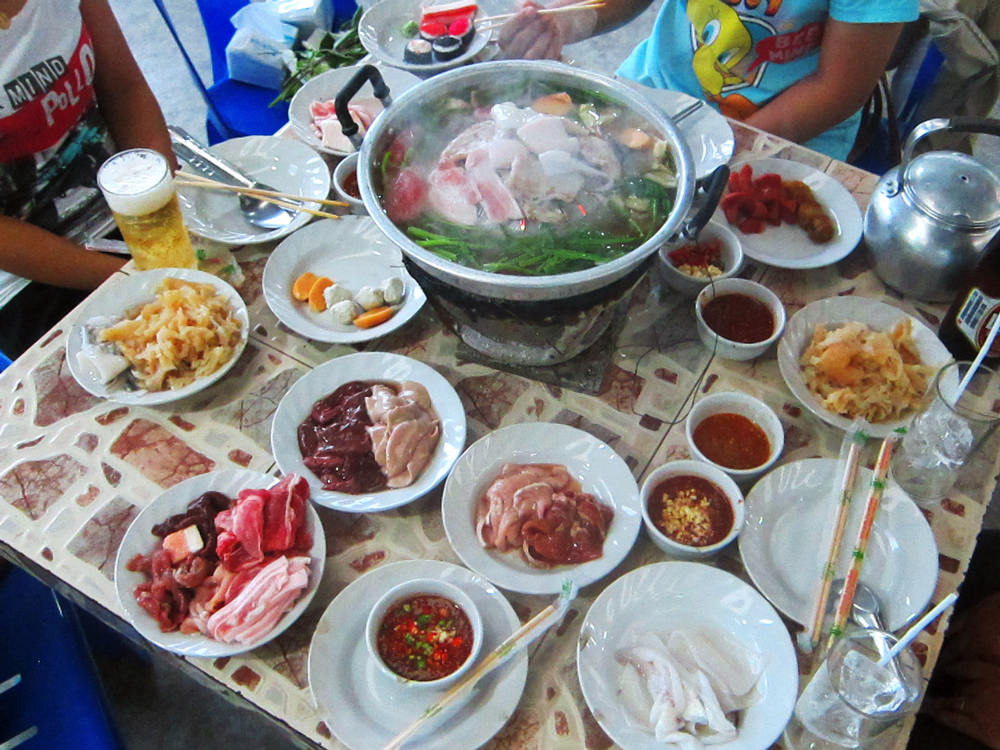 Chonticha 2 was founded 10 years ago by a friendly Thai couple, P’ Wat and P’ Nok. The restaurant was based on the original Chonticha Restaurant in nearby Takua Pa, owned by P’ Wat’s sister. P’ Wat’s family hail from Chaiya Phum in the north east of Thailand and moved to Takua Pa approximately 45 years ago during the area’s tin mining boom. He was born in Nam Kem, close to Takuas Pa. P’ Nok is an original local lady born in Takua Pa. Having met in school they have been childhood sweethearts ever since. 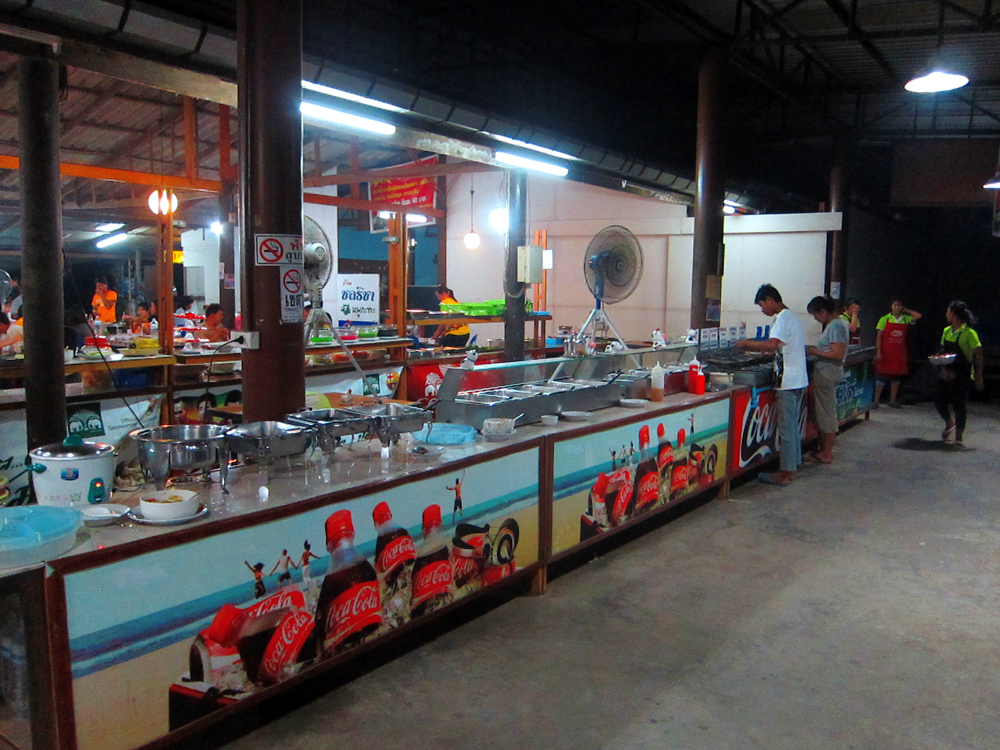 From humble beginings they have transformed their barbeque into one of Khao Lak’s most popular restaurants. Whilst Chonticha 2 was being built, they ran a take away Mookrata service for a couple of months. When completed the restaurant was a mere 270m2, tiny in comparison to its current size after four phases of expansion.

Like most local businesses, Chonticha 2 was hit hard after the Tsunami in December 2004. P’ Nok and P’ Wat expanded to include a buffet to appeal to a wider range of clientele. They thought it was a better business idea to offer more than just the pork barbeque. Luckily the restaurant was not heavily dependant on tourism and the addition of the buffet helped them through the lean months following the natural disaster. The buffet itself, like the restaurant, has expanded over the years to now include sushi, salad, rice and noodle dishes, som tam, kanom gin (noodles served with a southern style curry), green curry and coconut curry. There are even deserts, seasonal fruit and ice cream too.

Chonticha 2 is now booming. There seems no end to it’s popularity. The restaurant is now roughly three times its original size. Coaches can often been seen parked outside. P’ Nok and P’ Wak attribute the expanded menu and the cheap price as some of the factors of their success, again no secrets here, just their good buisness sense. It is their chilli sauce, the family’s guarded secret, that is the big hit at Chonticha 2. 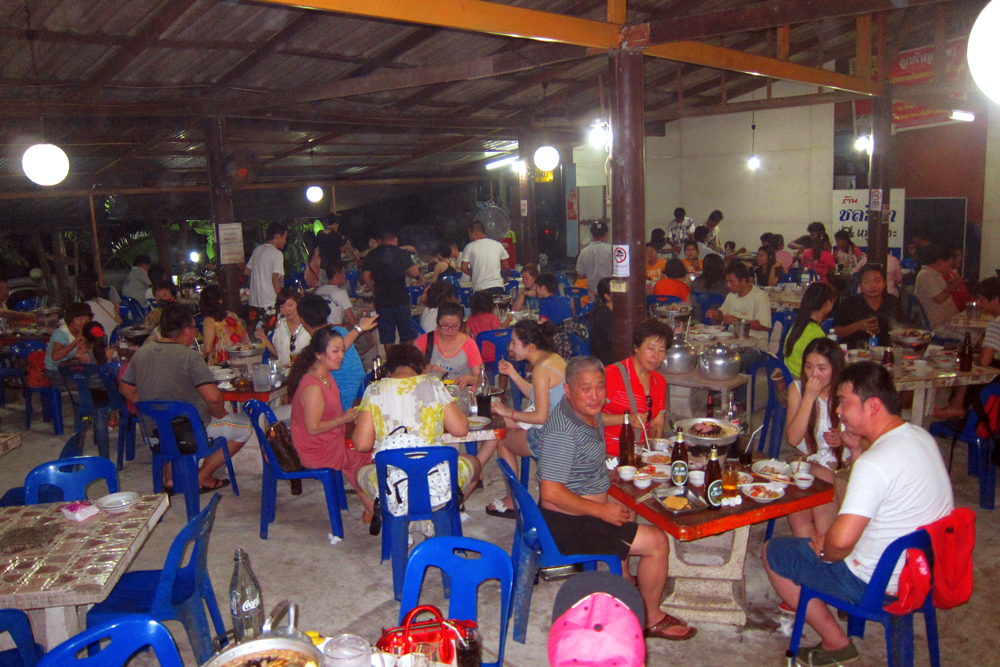 The chilli sauce is an Isaan style chilli sauce. Isaan is the large north eastern part of Thailand, famed for it’s spicy and flavourful cuisine. P’ Wat’s sister, the owner of the original Chonticha Mookrata came up with the recipe and it has been kept within the family ever since, drawing in the crowds. Despite the best efforts of other cooks, large food producers and Khao Lak Wired, the chilli sauce recipe remains a secret. 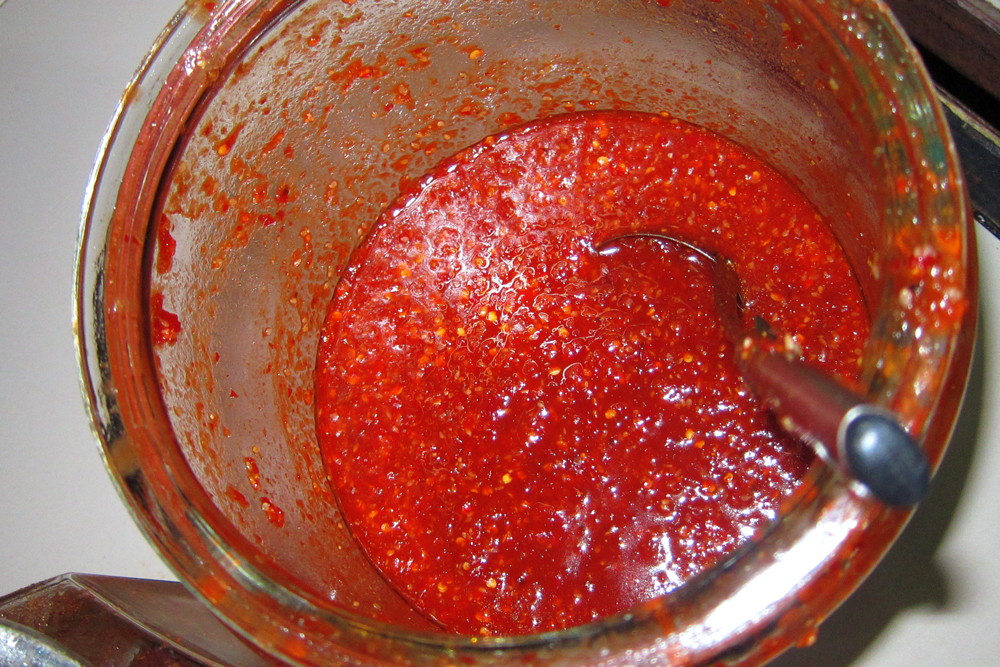 What’s the secret? No one is saying

P’ Wat and P’ Nok hope their two children will one day take over the family business and learn the mystery ingredients that go into the sauce.

If you would like to try the sauce for yourself, whilst eating in a lively atmosphere, Chonticha 2 is open everyday from as early as 4:00pm until the last people leave, usually around 10:30pm.

How to Get to Chonticha 2

Getting there is simple. Tell any taxi driver you would like to go to Chonticha 2 Mookrata, everyone knows where it is. 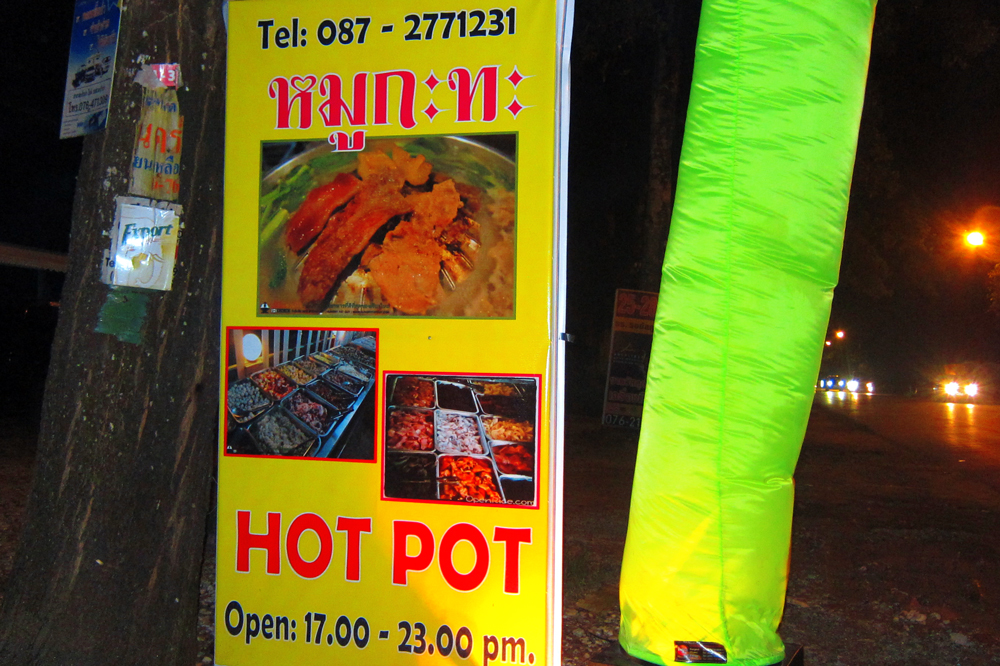 A warm welcome at Chonticha 2 Restaurant

The friendly staff at Chonticha 2

The new extended area at Chonticha 2

The new extended area at Chonticha 2

A blur of activity at Chonticha 2

The dessert and salad buffet at Chonticha 2

A huge selection for all tastes

What’s the secret? No one is saying

Chonticha can cater for huge numbers of hungry guests

Chonticha 2 want to Get Sharks Off the Hook

Mookrata with all the trimmings

There’s even sushi at Chonticha 2 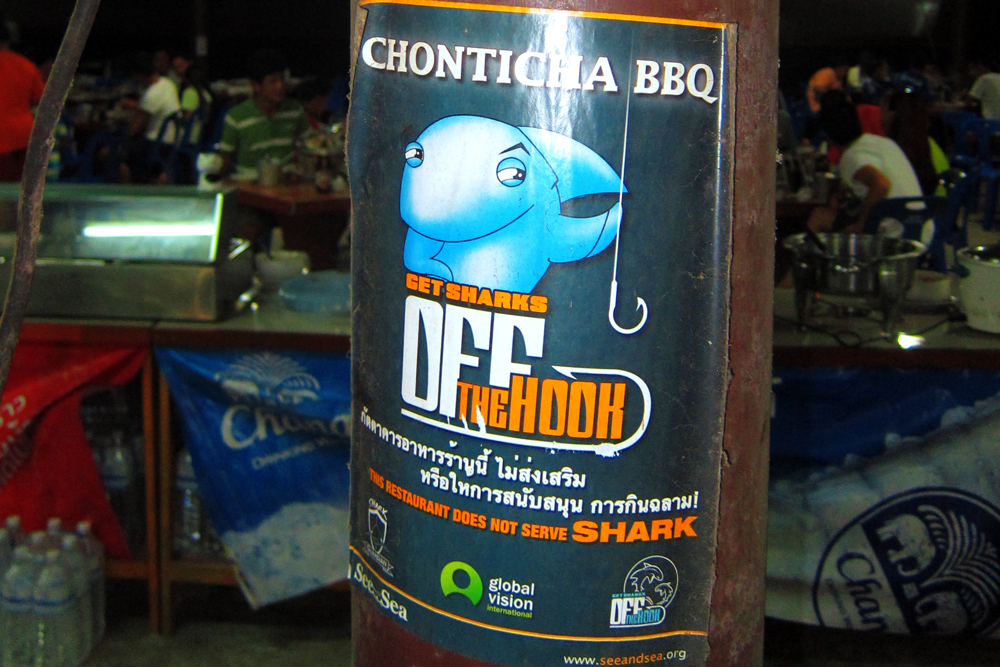 Chonticha 2 want to Get Sharks Off the Hook