Where is Khao Lak

There is no doubt about Thailand’s ever increasing popularity as one of the world’s best tropical holiday destinations. Bangkok, Chiang Mai, Pattaya, Koh Samui, Phuket and Krabi have seen development on a massive scale in recent years to cater for the increasing influx of visitors to the country. For those wishing to escape the crowds, Khao Lak has always been a great alternative. As the town’s reputation grows many ask, “where is Khao Lak?“

So, where is Khao Lak?

Khao Lak is located on the western Andaman Sea coastline of Thailand, south from Bangkok. It is the only substantial holiday destination along a largely undeveloped coastline that stretches over 200km from Phuket in the south to Ranong on the Thai-Burmese boarder.

The closest international airport is Phuket International Airport (HKT). Khao Lak is only 58km north from the airport and often has shorter travel times than to the busy resort destinations in the south of Phuket Island.

For travellers on a budget many bus companies include Khao Lak on frequent schedules. Highway 4 starts in Bangkok, heading south through Chumphon, Ranong, Khao Lak, Phang Nga, Krabi and Hat Yai before terminating at the Thai Malaysian boarder.

Khao Lak is the best starting point to access the famous Similan Islands and Khao Sok National Park. Due to it’s close proximity to Phang Nga Bay, Khao Lak is a quieter alternative to Phuket, a more tranquil, family orientated base for planning trips around southern Thailand. James Bond Island and many other highlights are easily accessible from Khao Lak. Even the hustle and bustle of Phuket can be experienced in a single convenient day trip. 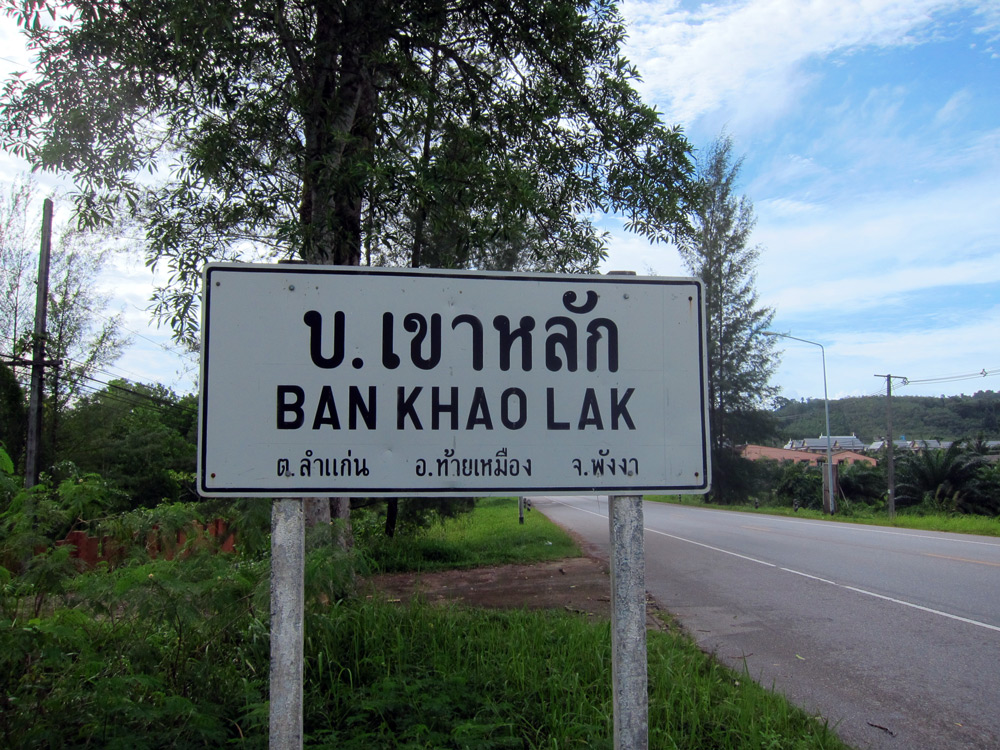 The original, but not the only Khao Lak

Khao Lak nowadays is commonly known as the most developed area to the north of Khao Lak-Lam Ru National Park, locally called La On and Nang Thong Beach. However, the original ‘Ban Khao Lak’ lies south of the National Park. Bang Niang, Khuk Khak, Pakarang and Bangsak are resort towns north of La On yet still referred to as within the Khao Lak area.

If you are still asking, “Where is Khao Lak?” then please don’t hesitate to contact us.

How to get to Khao Lak
coming soon….The original ‘Ban Khao Lak’ and surrounding towns

Khun Sunai Leesakul, or simply 'Nai' as Khao Lak residents know him, comes from Takua Pa, Khao Lak's nearest large town. With over 15 years experience working as a local tour guide he founded the successful Khao Lak Tour company Green Andaman Travel in 2009. Nai is a very skilled Khao Lak tour guide and has a wealth of knowledge about the local area, Thai culture and traditions.