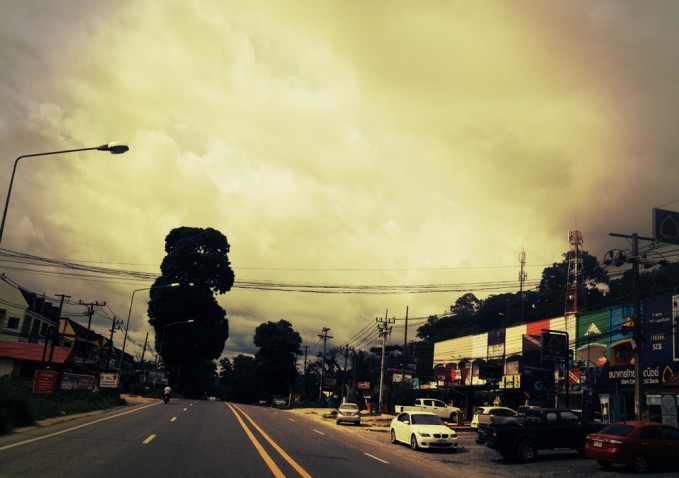 The weather in Khao Lak has settled into a predicable daily pattern. After a stormy start to the month, the weather from 21st May to 28th May has been partly cloudy in the mornings with rain storms and sometimes thunder storms in the late afternoon or evenings. 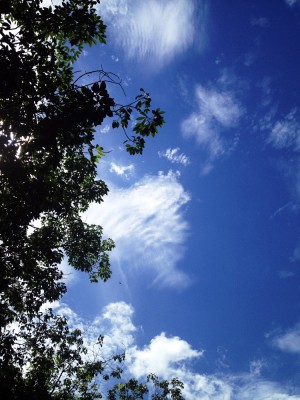 Only 23rd May started with overcast cloudy skies and a high chance of morning rain. However the clouds cleared and there were a few hours of only partial cloud cover.

Around midday on most days the weather became more breezy bringing in clouds. The average midday temperature was 32°C.

Rain storms have dominated the late afternoons or evenings, sometimes heavy thunder storms. The rain has lasted on average no more than 90 minutes.

Blue skies and partial cloud cover lasted most of the day on Wednesday. Around 5:00pm a slight breeze picked up bringing with it dark rain clouds and the sound of thunder. This was, however only one of two days it did not actually rain between 21st and 28th May.

The day started with the usual bright skies and only partial cloud cover. The wind picked up around 11:45am. By 1:00pm the wind had become much stronger and it started to rain. Though windy the rainfall did not increase and remained at a steady drizzle until around 3:30pm. This was Khao Lak’s second longest spell of rain for the week. After the rain dark clouds remained and the temperature was a cool 26°C

This was the only day that began with dark overcast skies in the early morning. By 9:00am the temperature was a humid 30°C. During the morning the low lying clouds dispersed revealing some blue sky and sunshine. 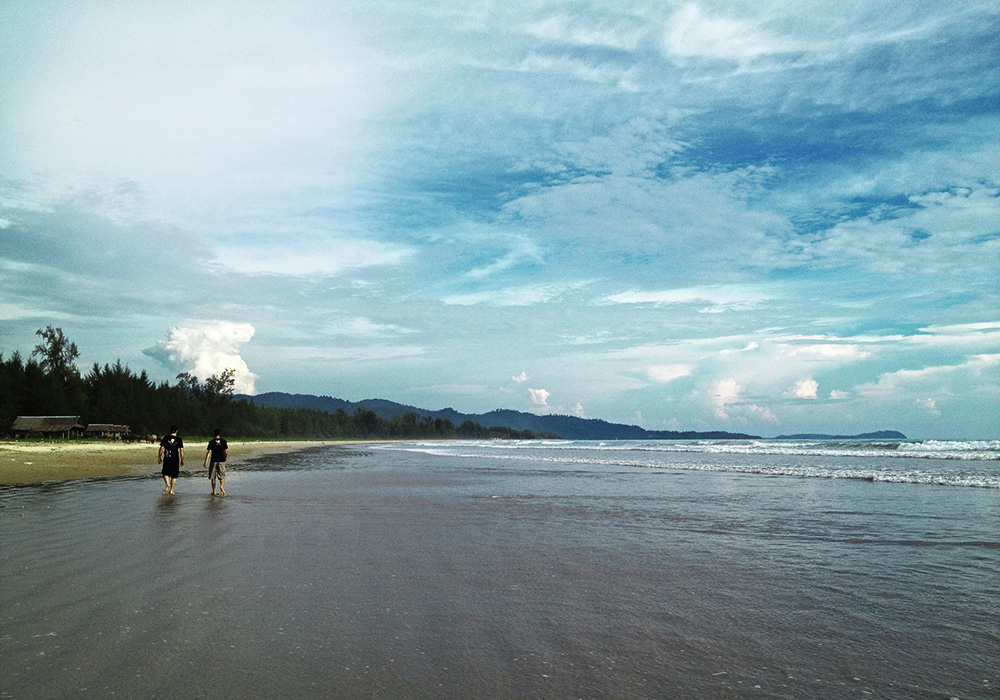 24th May was the second of the two rain free days. The morning started mostly cloudy with a little blue sky here and there. The temperature was a cooler 29°C. The clouds cleared a little in the afternoon making for great conditions for beach goes. The surfers were out in force at Pakarang Cape enjoying the afternoon sunshine and good waves.

Khao Lak weather was back to normal after the previous rain free day. Blue skies and partly cloudy at 8:00am, 28°C. Scattered rain showers started around 2:30pm with the sound of thunder in the distance. By 4:00pm the skies had mostly cleared by there were still dark clouds looming. The late afternoon temperature was 31°C.

There was little change on 26 May, blue skies and a few clouds in the early morning, but a much cooler 25°C start to the day. It started to rain at 2:00pm, heavy drizzle that lasted until 3:30pm and keeping temperatures below 26°C.

27 May the temperatures rose again starting at 26°C in the early morning and reaching 31°C by the mid afternoon. After a bright, humid morning the skies darkened in the afternoon. 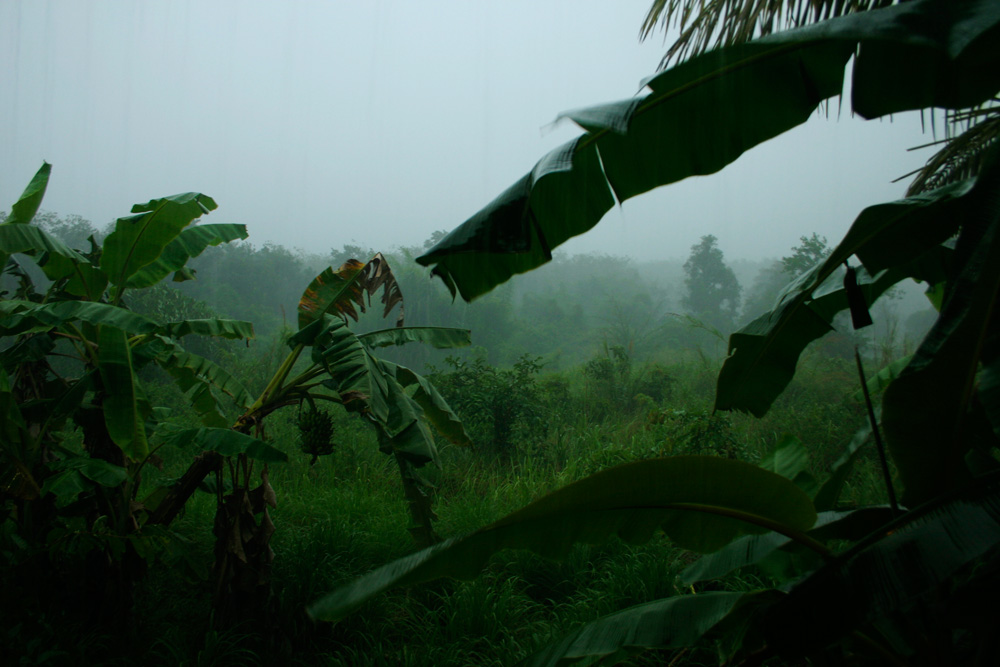 A storm was brewing. It started raining at 4:20pm, a huge thunder and lightening storm bringing torrential tropical rain that lasted until 6:30pm. This was the big storm of the week.

If you are planning activities outdoors in Khao Lak, mornings are certainly looking like the best time to stay dry.